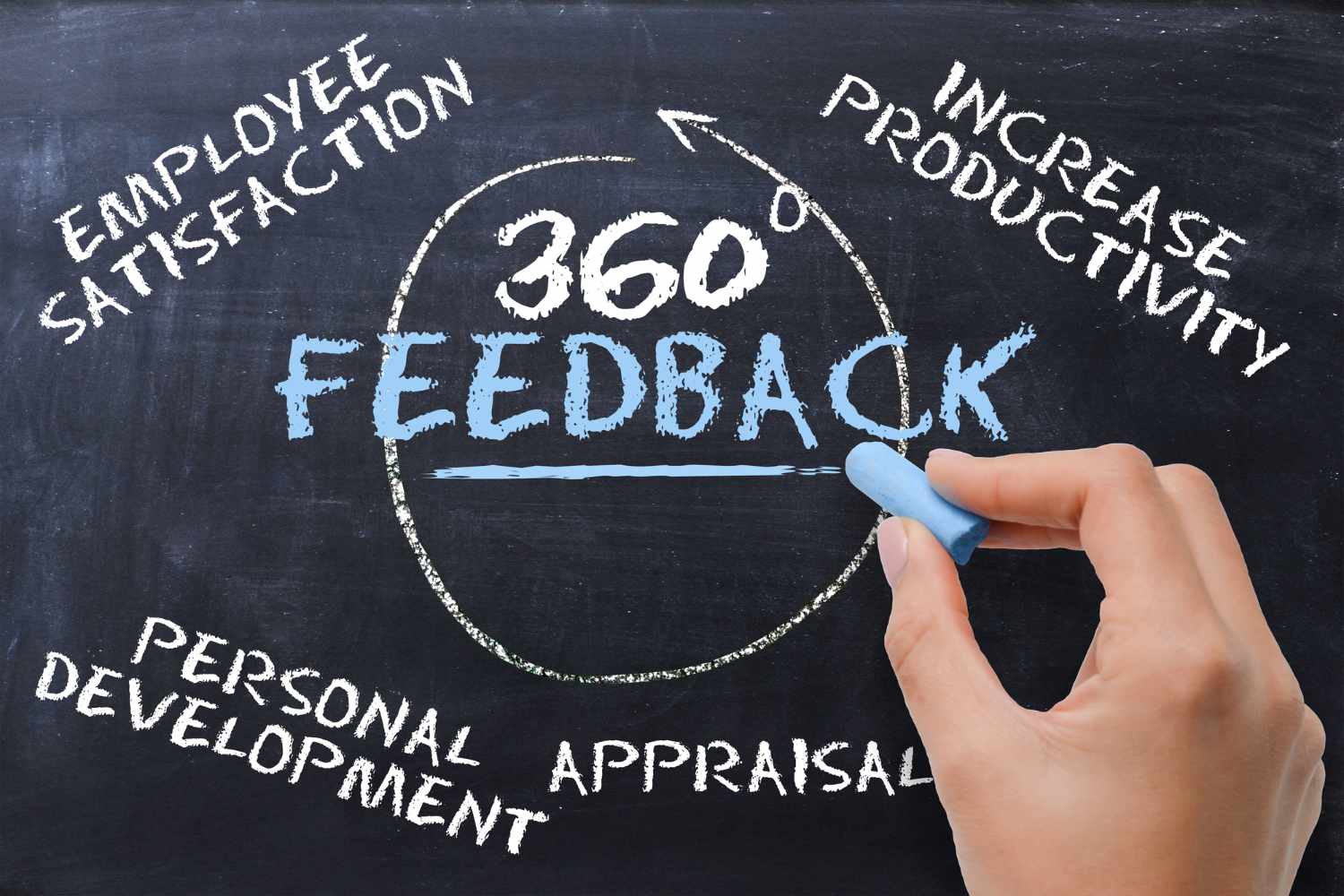 Why Use 360 Degree Feedback?

As a leader, the words ’360 degree feedback’ can be a little daunting at first. The idea of having staff assessing you shouldn’t really be cause for concern, but for many leaders it is. However, the whole concept isn’t designed for criticism, but rather it’s about growth and development.

A common mistake many businesses make is viewing performance management as a downward process. Only your superiors should be rating your performance, right? Well, successful leaders and dynamic businesses know the benefits of doing things a little differently, and when it comes to 360-degree feedback, the benefits are nearly limitless.

What is 360 Degree Feedback?

To put it simply, 360 degree feedback is done on a more peer-to-peer basis, rather than just from leaders. In fact, it’s all about highlighting the strengths, weaknesses and areas of improvement across the whole business.

360-degree feedback asks staff at all levels to provide feedback on how they feel, what they see, and what they perceive. That means staff are essentially being asked to rate the performance of managers. They may also be asked to give their views on how other departments are performing. Some people find it confronting, but ultimately, it’s all about how the process is managed.

It should never be an open invitation to criticise people personally or bring them down. Rather, it’s about giving all staff a voice, and also allowing leaders to seek feedback from areas other than their direct supervisors.

Anybody can use 360 degree feedback, which is why it’s such a valuable tool for businesses. There are plenty of ways the process can be managed, such as on a large scale encompassing all staff. It can also be used individually by leaders who want to learn, develop and grow professionally. For example, a single leader may start introducing 360 degree feedback into their staff members’ performance meetings. This makes monthly performance meetings less one-sided, and also lets staff know their views are important.

Basically, all businesses and leaders can benefit from 360 degree feedback when it’s done in a constructive, supportive and honest way.

The Benefits of 360-Degree Feedback

Because the idea of 360-degree feedback can be a little confronting, it’s easy to look at the negatives. Will I like what I find out? Are people even going to be honest? Well, the fact is that sometimes leaders and organisations NEED to hear things they don’t like. It’s what helps them improve and grow. And when it comes to honesty, this comes down to the culture you’ve developed. But 360 degree feedback can also be provided in a safe, anonymous way, and this is sometimes best in order to get truly honest and useful responses.

But enough about the risks, let’s move on to the numerous benefits of 360 degree feedback.

Often, we get caught in the trap of believing that all executives and managers know what makes a good leader. They’re in the job, so they should have all the answers already. But the fact is, everybody has something to learn, from business owners right down to the newest recruit. 360 degree feedback helps leaders understand what qualities are required to be the best they can be.

It’s not just about finding out what makes a great leader though, because you also need to understand the behaviours your staff really value. All industries may be different, so it’s great to get an idea of what teams are really looking for from their leaders.

Armed with this knowledge, you can also start to identify areas of improvement. If there are things you’re already doing really well, you can start focusing more effort and attention on areas you could improve.

Self-awareness goes both ways in business. There are those who have a higher opinion of themselves than others do, but there are also those who doubt their abilities. 360 degree feedback allows people to find out how people truly perceive them. It sounds a little scary at first, but it actually empowers people to make the right changes to better themselves.

Also, it’s not just about finding areas of improvement. Much like any kind of feedback, it can be a real boost to hear that others think more highly of you than perhaps you thought.

When you incorporate regular 360 degree feedback into your business, it opens up a more honest chain of communication. Often, people are afraid to speak up about the performance or behaviours of leaders, because they fear how it might be received. By committing to honest feedback channels, you begin developing a much more supportive culture.

By using specific feedback tools like organisational surveys, you also have the chance to open more detailed, meaningful conversation. Leaders sometimes think they’re doing enough by quickly asking their staff in a performance meeting, “How am I doing?” or “Is there anything you need from me?” Unfortunately, these questions don’t promote meaningful discussion in the same way a survey can.

360 degree feedback lets businesses drill down into specifics, which is exactly what’s required to make real progress. If you want to improve, and you want others to improve, you need a sense of accountability. The problem is, vague feedback or instruction doesn’t create that accountability. If you broadly identify, for example, that you need to communicate better, what does that really mean?

By getting specific feedback on what you could improve, you’re able to identify specific actions you need to take, and hold yourself accountable to them. The same applies when delivering feedback to others. Using proper assessment tools lets you highlight clear expectations of what needs to improve, and you can hold others accountable for that improvement also.

Ultimately, the goal of most business actions is to improve performance. While individual activities like 360 degree feedback have the target of making better leaders, increasing staff engagement and improving communication, the hope is that all these things contribute to better performance across the board.

So, when you start implementing 360 degree feedback, keep your eye on the big picture. Small changes throughout a business can lead to greatly improved performance and considerable business growth.

What is a Good Net Promoter Score®?